The CraftOS-PC Extension for Visual Studio Code adds some unique features to make ComputerCraft development easier. Its main feature lets you open CraftOS-PC windows directly inside VS Code, so you can edit files and then run them in the same window. It also has quick access to the CraftOS-PC configuration as well as the ability to connect to CraftOS-PC Remote and raw mode WebSocket servers.

On Windows, you will need to install the console version of CraftOS-PC. This comes with the installer, but is not enabled by default. If you're unsure whether you have it, browse to where CraftOS-PC is installed, and check whether CraftOS-PC_console.exe exists. If not, run the CraftOS-PC installer again and make sure to check the "Console build" checkbox. 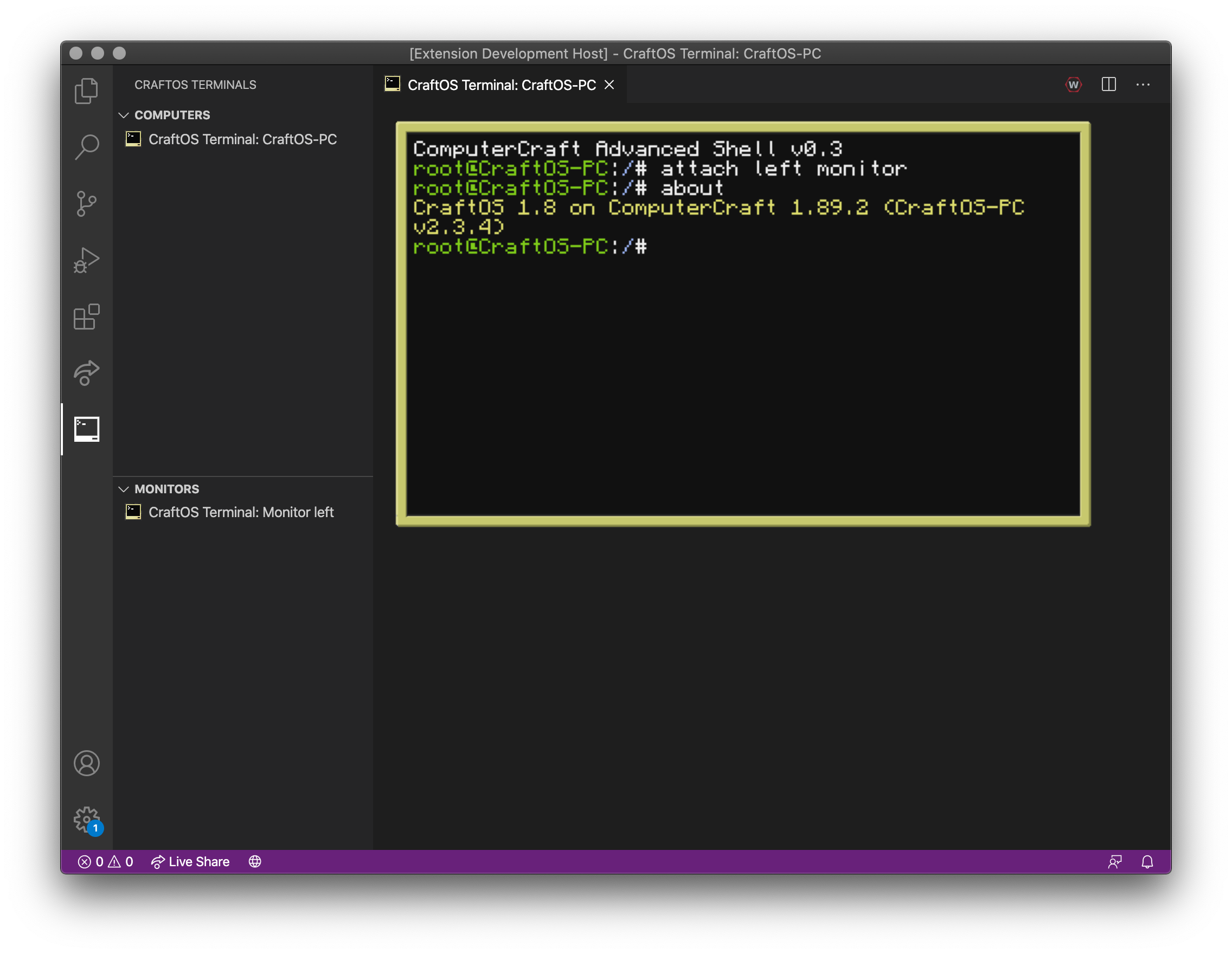 From this point, you can use CraftOS-PC as usual. New windows that are created will appear in the sidebar and open automatically. Closing a tab will simply hide it from the screen; you may click on the window in the sidebar to re-open the window.

To close a window, hover over its entry and click the X button. In addition, to quit CraftOS-PC entirely, click on the X button in the Computers header.

On CraftOS-PC v2.6 and later, you can also access the files for the computer from directly within VS Code. Click on the Remote button (looks like a screen and a circle with two arrows) on top of a computer window's entry, and the computer's virtual filesystem will be accessible within VS Code.

On older versions, you can still access the data folder by pressing Shift+Ctrl+P (Shift+Cmd+P on Mac) and typing "CraftOS-PC: Open Data Directory for Computer...". Then enter the ID of the computer to open, and that computer's data directory will be added to the current workspace. This also does not have the overhead of communicating with CraftOS-PC, instead using the filesystem directly.

A button to open the configuration file is available in the Computers header in the sidebar, and can be used whether or not CraftOS-PC has been opened.